Billinghams premier wedding venue with a range of beautiful rooms that can cater for any wedding or event however large or small.

Welcome to The Sythonia Suites

The Synthonia Suites is Billingham’s premier wedding & Function venue, with a range of beautiful rooms that can cater for almost any wedding, function or event, however large or small.

Originally opened as the old ICI club to provide a local leisure and educational facility for the workers and local community of Billingham in the 1930's, the building had a ballroom, theatre, cinema and function room, before the ICI club was sold off eventually as ICI downsized in Billingham and became the Synthonia Club.

The Club & Suites maintains much of the original character today, including a piece of the bomb from when the club was bombed (destroying the stage area, which subsequently had to be rebuilt) by German forces on the 2nd of July 1942 during World War 2, still on display in our club bar for those historians amongst you to ask to see! Named after the 'Synthetic Amonia' that was produced at the ICI works, we are proud of our heritage. 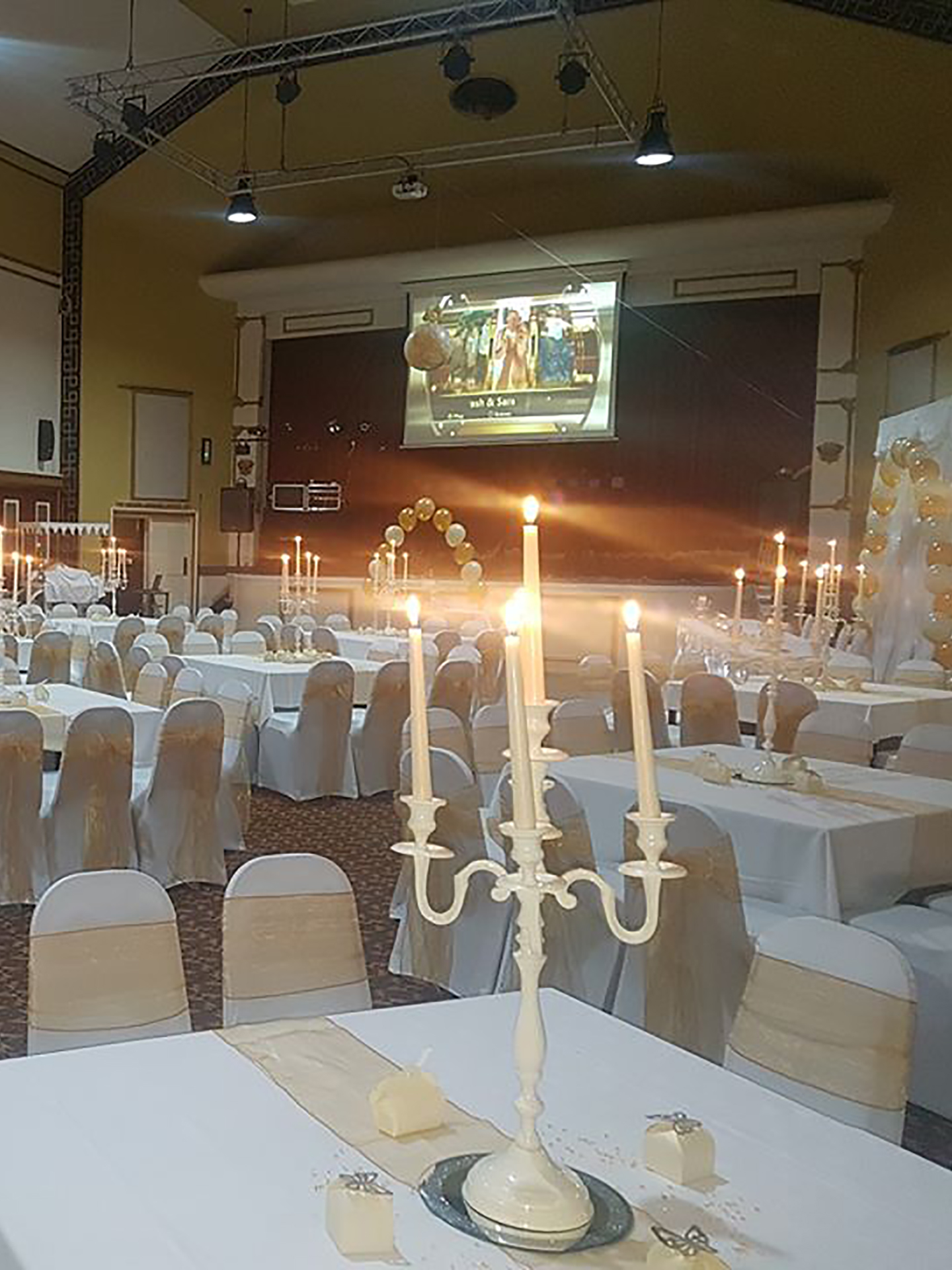 With a fully bespoke wedding planning service and a real personal touch, our team will work hand in hand with you to cater for your every need and be on hand to advise you every step of the way leading up to your event – we understand that the planning can be tricky and time consuming, which is why we will offer our experience to you and help you to get the party exactly right for you and your guests here at the Synthonia Suites.

The largest of our suites is the Theatre Suite – it’s a stunning room with a capacity of 300 achievable with varied style seating and tables. Featuring a large professional sized stage, this suite will work exceptionally well for those requiring a bigger space for their reception with a large number of guests.

Our ‘medium’ sized Fosters Suite is a perfect sized room for the majority of weddings and private parties, with ample spacing for tables and a dance floor alike. Live entertainment or a DJ can be easily incorporated into this suite with a perfect area at the end of the rectangular room for a band or group to set up.

The smallest of our suites (though still by no means small!) is the Belasis Suite, with a capacity of 120 guests seated. We can provide different lay outs with tables, either the rounds which hold up to 12 people seated per table or a different style with long rectangular table blocks to suit each individual party requirement.

Our manageress and wedding co-ordinator Paula brings with her years of experience in event planning and a fantastic reputation locally for working together with couples to create the perfect wedding or private party.